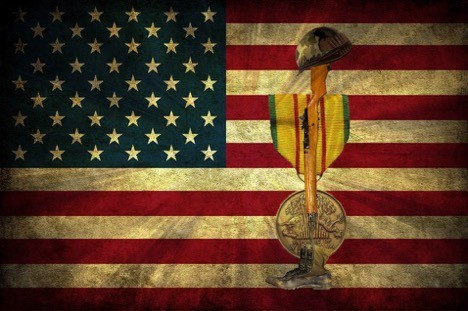 Was it a war or was it not, a time of flux for some of us
A tumultuous time, a time to pray, a time of conflict, all tucked away
At times we share a look inside, a soul too numb, too vilified
We keep inside those horrid thoughts, we brand ourselves a deadman’s walk
In combat once, civilian now, a troubled soul yet to resolve
To we who know, a brotherhood, to others though, misunderstood
Address us now, the emptiness, the fragile man such hopelessness
Regard us then how ere you must, so quick to judge, with vile repress
Come back again and tell us now, how brave we were, a hero child
Once driven by uncertainty, a thing so wrong a travesty
As images steal our minds it seems, those wretched things we can’t redeem
Until they leave we lose control, we live again each dreadful role
Let’s lift our arms up to the sky and offer thanks, no withered cry
To us I say hold fast to that, forgive your heart, unbind your mind, left fear depart
And in the end, when time is done, look at the light where God is from
And at your end when you go home, the words will be, Come….Welcome Home

Jack McCabe was born and raised in Chicago, Illinois. He graduated from high school in 1969 at the age of 17 and two days after he turned 18 he joined the Army. He was sent to Vietnam less than a year later in October of 1970. He extended for a second tour and finally came home for good at the end of May 1972. He finished his three-year enlistment at Fort Huachuca, Arizona and returned home to Chicago. After his return from Vietnam, he pursued his education using the G.I. Bill, receiving an associate degree in electronics engineering from DeVry Institute. He eventually continued his education by attending night school and received his bachelor’s degree in business and management from Northeastern Illinois University in 1981, at the age of 30. He owned his own business for 20 years and then sold real estate for 20 more before retiring to North Carolina, where he became a certified Peer Support Specialist with a veteran designation. He has a deep passion for helping veterans doing volunteer work with the YMCA Resource Gateway in Gaston County, NC where he handles all the calls from those with past military service. He helped veterans with PTSD, financial crisis’s, substance abuse, homelessness, and veteran benefits. He received the North Carolina Governors Award for Volunteer Work. Jack believes that the most important thing he can do is to give Vietnam and all veterans a voice. By sharing their stories veterans understand that they are not alone. There are many going through the same struggles as they are. For non-veterans, he hopes they will understand the struggles veterans face when they return home from war. He has since retired and is in the process of writing another book. View all posts by Jack McCabe